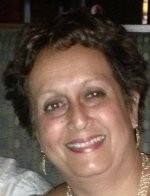 at the Ontario Institute for Studies in Education of the University of Toronto. She is the author and editor several books on feminism, race, gender, settler colonialism, and imperialism, including Race, Space and the Law: Unmapping a White Settler Society (2002); Dark Threats and White Knights: The Somalia Affair, Peacekeeping and the New Imperialism (2004); Casting Out: Race and the Eviction of Muslims From Western Law and Politics (2008); and States of Race: Critical Race feminism for the 21st Century (with Malinda Smith and Sunera Thobani) (2010).

Parin Dossa is Professor of Anthropology and Associate

Member in the Department of Gender, Sexuality, and Women’s Studies, at Simon Fraser University. Based on her research on social suffering and narratives of trauma, Dr. Dossa explores the differential effects of structural violence on the lived realities of Muslim women, including diaspora. Her works include Politics and Poetics of Migration: Narratives of Iranian women in the Diaspora (2004); Racialized Bodies, Disabling Worlds: Storied Lives of Immigrant Muslim Women (2009); and Afghanistan Remembers: Gendered Narrations of Violence and Culinary Practices (2014).